With over eleven years experience in the industry, Michelle Regazzoli-Stone is one of the most well established make-up artists in Ireland and the UK. Regular clients include former Miss World Rosanna Davison and The Only Way is Essex stars, Samantha and Billie Faiers. 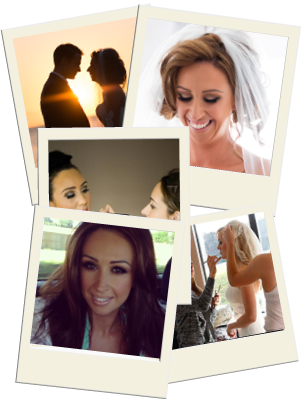 Michelle studied Theatrical and Media make up in Dun Laoghaire Senior college in 2004. Soon after her graduation she began to work with the highly esteemed MAC Cosmetics on Grafton Street, Dublin.

After almost ten years perfecting her skills with the esteemed cosmetics brand, she left the company to further her career which has continued to flourish over the past number of years. 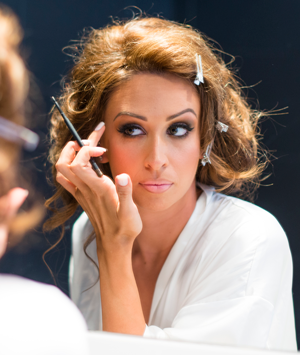 Michelle flew to Ibiza in 2014 to do the bridal make up for Rosanna Davison and was credited in Hello magazine.

Michelle has worked on campaigns and spreads for RTÉ, TV3’s Xposé, Ireland AM and the well known Cari’s Closet bridal boutique.

Her work is regularly featured in many publications and magazines such as Hello!, Closer , VIP, RSVP and Confetti Bridal to name but a few. Michelle’s creativity and talent has also been featured on the front cover of Ok Magazine.

“I’m a creative positive, passionate person especially when it comes to my job”